Want to watch my reactions to punny titles and more? Watch the video as well!

It’s a day like any other for Deuce Winters, a stay-at-home dad in sleepy Rose Petal, Texas, where he and his three-year-old daughter Carly are making their weekly trip to the grocery store. But the discovery of a dead body in his mini-van quickly throws his quiet life into disarray. In a town where gossip spreads faster than a brush fire in July, it doesn’t help that the victim ruined Deuce’s high school football career and married his ex-girlfriend. . .

As the number one suspect in the court of public opinion, Deuce is determined to clear his name, with a little help from his wife Julianne, a high-powered attorney who lovingly refers to him as her “househusband.” His search for the killer leads him to a business plan gone awry and a gaggle of jilted lovers. All the while, he’ll have to contend with a diminutive but feisty detective, the ruthless preschool PTA, and more than his fair share of Texas-sized hairdos–not to mention the laundry. . .

First in a New Series!

After a brutal mugging in Manhattan leaves him with a broken arm and fractured skull, insurance investigator Jeff Resnick reluctantly agrees to recover at the home of his estranged half brother, Richard. At first, Jeff believes his graphic nightmares of a slaughtered buck are just the workings of his traumatized mind. But when a local banker is found in the same condition, Jeff believes the attack has left him with a sixth sense–an ability to witness murder before it happens. Piecing together clues he saw in his visions, Jeff attempts to solve the crime. His brother Richard is skeptical, but unsettling developments begin to forge a tentative bond. Soon, things that couldnt be explained by premonition come to light, and Jeff finds himself probing into dangerous secrets that touch his own traumatic past in wintry Buffalo–and the killer is ready to eliminate Jeffs visions permanently. 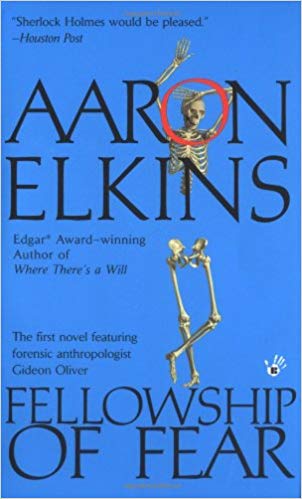 First in the Edgar Award–winning series “that never disappoints,” featuring the forensic anthropologist known as the Skeleton Detective (The Philadelphia Inquirer).

When anthropology professor Gideon Oliver is offered a teaching fellowship at US military bases in Germany, Sicily, Spain, and Holland, he wastes no time accepting. Stimulating courses to teach, a decent stipend, all expenses paid, plenty of interesting European travel . . . What’s not to like?

It does not take him long to find out. On his first night, he is forced to fend off two desperate, black‑clad men who have invaded his Heidelberg hotel room with intent to kill. And then there are a few trivial details that the recruiting agency forgot to mention—such as the fact that the two previous holders of the fellowship both met with mysterious ends.

From there, it is all downhill. Gideon finds himself the target in an unfamiliar game for which no one has bothered to give him the rules. What he does have is his own considerable intellect and his remarkable forensic skills. He will need them, for he is playing for some fairly high stakes: the security of Western Europe. 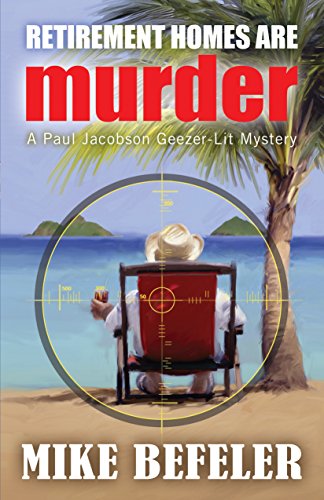 Remembering nothing from the day before, crotchety octogenarian Paul Jacobson must become an amateur sleuth to clear himself as a murder suspect when he finds a dead body in the trash chute of a retirement home. As Paul’s snooping and short-term memory loss get him in trouble with the local police, his new friends and granddaughter Jennifer help him solve an expanding list of crimes. Paul finds romance as he struggles to escape a murderer intent on a repeat performance.

Elliot Freed is beyond happy when legendary comics Lillis & Townes appear at his refurbished all-comedy theater. But when insinuations arise that the duo were involved in a decades-old Hollywood murder, Elliot sets out to prove the rumors wrong.